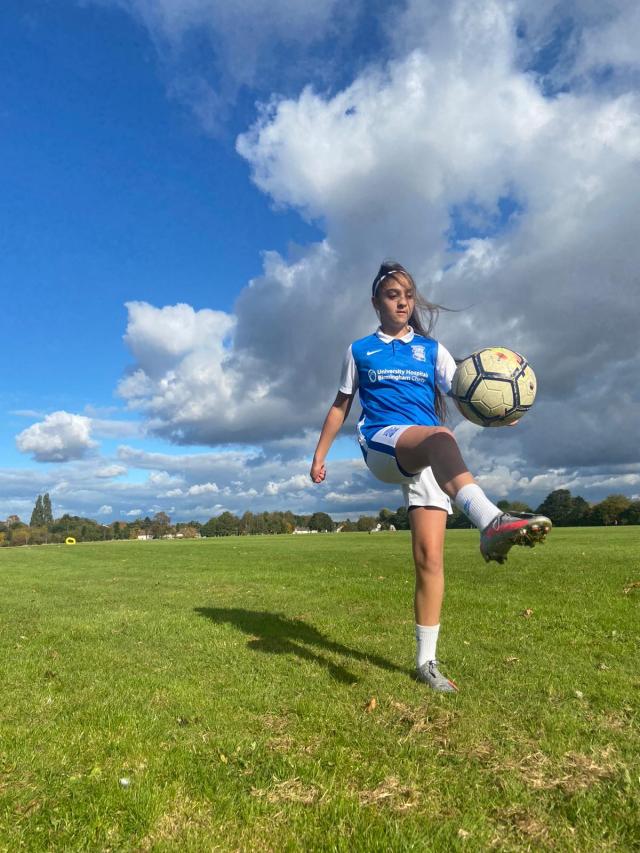 Layla Banaras is a 14-year-old footballer for Birmingham City FC under-16s and has played for the club since the age of eight. As one of very few young Muslim women playing football at her level, Banaras wants to inspire other young Muslim girls to take up the sport and hopes to one day become the first Muslim woman to play for England.

Banaras was featured on the South Asian Heritage social media page, telling the story of how she fell in love with football. After training during Ramadan, Banaras realised there was no guidance in place for players who were playing while fasting. She is working to develop a healthy eating programme for Muslim footballers who want to train through Ramadan.